Effective May 20, 2022, the Chicago Park District has enacted the following Youth Escort Policy for Maggie Daley Park. Guests under the age of 18 must be accompanied by an adult (21 years and older) after 6pm, Thursday through Sunday — and may be asked to present a valid ID. The adult must be present for the duration of the visit and may escort up to four young people. 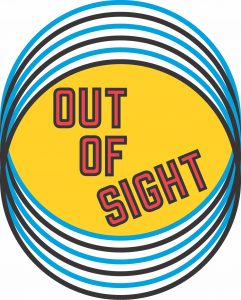 OUT OF SIGHT is an interactive public art installation created by the world-renowned conceptual artist Lawrence Weiner. The installation takes the form of a hopscotch (also referred to by the French “marelle”)  filled with inspirational and aspirational words and phrases. The piece is aimed to inspire all walks of life— especially young people—to think creatively about the direction of their lives and to encourage positive thinking and visualization.

This summer, OUT OF SIGHT will come to the Chicago Park District in its first public iteration with a 60-foot hopscotch at Maggie Daley Park. The installation will launch with a public event on June 9th. Two smaller hopscotches in English and Spanish will be installed at Walsh Park at The 606 and will open June 23rd in conjunction with the annual 606 Block Park. Pop up locations will open at Chicago Park District Cultural Centers in neighborhood locations all over the city throughout the summer and fall. OUT OF SIGHT facilitators will be on site at Maggie Daley, Walsh Park, and the pop-up locations to facilitate workshops and interactions with the public. Materials will also be on site for parents, campers, school groups, and the general public to help guide their interactions with the piece.

Lawrence Weiner was born in 1942 in the South Bronx, New York City. He is considered a central figure in the development of conceptual art during the 1960s. Weiner is renowned for his predominantly text-based artworks that use language as a form of sculpture, replacing traditional material with ideas. His artworks have been exhibited all over the world during a prolific career spanning more than fifty years.

Things to Do & See